VMH digital arose in an organic way. It was not meant to be a business at start. Somewhere, some time the question emerged: is this a business? People liked the hands on advice, with many different perspectives. Persons dropped by and asked to spar for a few hours. Share thoughts, brain storm. Sometimes we got the question, wow! you are really connected well. Can you give me an introduction to that company or person? Other questions were: I would like to show you our new positioning, we have this great idea, what do you think of the business model? Do you want to challenge my team for a few hours. Can I get your advice how to reorganize my sales? Can you help us in shaping our strategy?

Sometimes the questions came from the investment field. We contemplate taking a participation in that company, would you like to assist us? Many questions that grew in seriousness did realize that it is good to share the experience and insights acquired in a more organized way: VMH Digital.

We compose our team dependent upon the assignment.

We represent experience in the following fields:

Digital, media and technology. The business models and the value created by them. The translation into marketing and advertising, media strategy and buying, and publishing. We provide the right legal and financial backing if needed, for example in case of investments or divestments.

In the lead is founder Marc Stubbé. 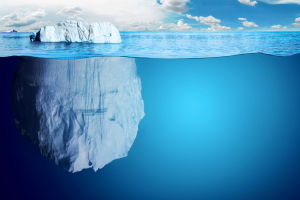 Marc Stubbé
Founder
Marc is a board room executive in the field of Digital, Media and Technology with ample start-up experience. He worked for companies as Unilever, WPP and Sanoma (most recent as Chief Commercial Officer), but has also been engaged as an entrepreneur and investor in start-ups.
Marc Stubbé | Experience and education

Marc Stubbé has a career with different perspectives. He was appointed Chief Commercial Officer at Sanoma ( the biggest publisher of The Netherlands and quoted on the Finnish Stock Exchange) in 2012 and as such responsible for the commercial B2B activities in The Netherlands. He reorganized the sales departments decentralized per medium type into one integrated cross media solutions department, including the content marketing activities of Head Office. The sales department consisted among others of a marketing partnership team, a performance marketing team, a media agency team and an yield management team that also operated the automated trading desk known as one of the most advanced in Europe.

Marc started his career as tax lawyer at Loyens & Volkmaars in New York, followed by positions at Unilever, Media Exposure (later Mediaedge:cia), part of WPP, and Kobalt (CEO). Kobalt was at that time the biggest media agency (turnover more than €0,5 billion and approximately 250 employees) of the Netherlands and was owned by 8 big advertisers. Marc led the sale of Kobalt to a new owner. After the sale of Kobalt, Marc started his own business and initiated Pitchblink.nl, Adnovate (funded by private equity firm 3i), Boutriba (funded by private equity) and African Business Communities. He was also involved in various enterprises like the pricewinning company Qiy (European Privacy Award and Accenture Innovation Award).